My Account
Patten Free Library > Kid's Blog Posts > Get Your Hands on Some of These Great Summer Reads! | Posted by: Lesley Dolinger on July 19, 2018

Get Your Hands on Some of These Great Summer Reads! 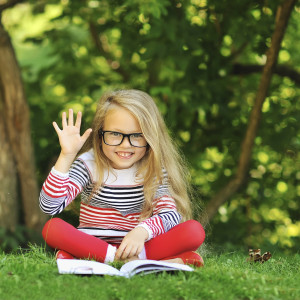 Listening for Lucca by Suzanne LaFleur

Thirteen-year-old Siena’s visions of the past intensify when her family moves to the Maine coast hoping her little brother will begin speaking, and she connects with residents of the house from many years earlier who faced a similar problem. (Iowa Children’s Choice Award ICCA, 2016)

Sofarende is at war and the army is paying families well to recruit children, so if twelve-year-old Mathilde or her best friend Megs is chosen, they hope to help their families but fear they will be separated forever.

When Joplin finds an antique platter with a beautiful Dutch scene, she idly wishes for the girl painted on the platter to be her friend and the next day Joplin finds the girl in the garden, longing to go back to her seventeenth-century home.

The Shadow Cipher by Laura Ruby

In an alternate history of New York, three kids try to solve a modern-world puzzle and complete a treasure hunt laid into the streets and buildings of the city. (Maine Student Book Award List 2018-19)

Jack: the True Story of Jack and the Beanstalk by Liesl Shurtliff

Relates the tale of Jack who, after trading his mother’s milk cow for magic beans, climbs a beanstalk to seek his missing father in the land of giants.

The Romeo and Juliette Code by Phoebe Stone

During World War II, eleven-year-old Felicity is sent from London to Bottlebay, Maine, to live with her grandmother, aunt, uncle, and a reclusive boy who helps her decode mysterious letters that contain the truth about her missing parents.

Beyond the Bright Sea by Lauren Wolf

Twelve year old Crow has lived her entire life on a tiny, isolated piece of the Elizabeth Islands in Massachusetts. Abandoned and set adrift in a small boat when she was just hours old, Crow’s only companions are Osh, the man who rescued and raised her, and Miss Maggie, their fierce and affectionate neighbor across the sandbar. Crow has always been curious about the world around her, but it isn’t until the night a mysterious fire appears across the water that the question of her own history forms in her heart. Soon, a chain of events is triggered, leading Crow down a path of discovery and danger. (Maine Student Book Award nominee 2018-2019)

Twelve-year-old Annabelle must learn to stand up for what’s right in the face of a manipulative and violent new bully who targets people Annabelle cares about, including a homeless World War I veteran. (Maine Student Book Award nominee 2017-2018)