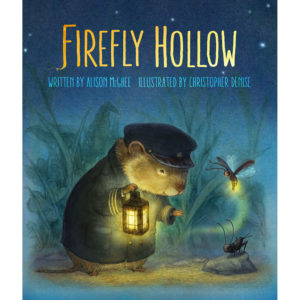 Best friends are the ones who want you and the best of friends in the Firefly Hollow forest stick together, through all their quests, experiences of sadness and victories, fears and delights. In this sweet, gentle story with very beautiful illustrations, these friends go down a path similar of Charlotte’s Web or the Rats’s of Nimh. You’ll find a true gem reading this one! (grades 3-5) 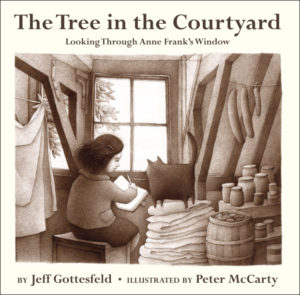 The Tree in the Courtyard  : Looking through Anne Frank’s Window by Jeff Gottesfeld

When I was a little girl, I went to see Anne Frank’s hiding house and the great tree that gave her hope during her ordeal which is why I was drawn to this sophisticated picture book. It’s the story about a beautiful old horse chestnut tree that grew right outside the house in Amsterdam, Holland where a young German Jewish girl, Anne Frank, and her family lived during World War II. She and her family had to flee their home in Germany to a safer place in Amsterdam where they struggled to survive from Nazi soldiers. For over two years, the family hid and in secret rooms, behind a bookcase in the building where Anne’s father worked. Through a window in the attic that was not blacked out, Anne could see the sky, birds and the chestnut tree. She wrote about the tree in her diary three times, the last time on 13 May 1944: “Our chestnut tree is in full bloom. It’s covered with leaves and is even more beautiful than last year.” A good introduction into Holocaust awareness and a great one to read before The Diary of a Young Girl or the Diary of Anne Frank by Anne Frank.

Here’s something to add… The tree lived to be 175 years old and still lives on via a seed/sampling project. I encourage you to visit the Sapling Project The Anne Frank Center USA received 11 of the saplings, (off-shoots from Anne’s tree), to donate to worthy educational organizations across the US. One of her trees is growing in nearby Massachusetts in historic Boston Common on Monument Hill! Perhaps, you’ll have a chance to see it one day. (grade 3+) 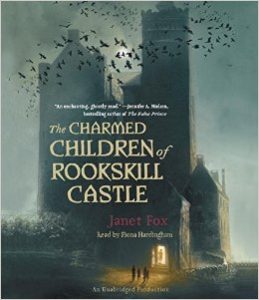 The Charmed Children of Rookskill Castle by Janet Fox

“Keep calm and carry on” is the overall understatement in this suspenseful, intriguing story placed in WWII historical context. Much like the C. S. Lewis’s, The Lion, the Witch and the Wardrobe, children are sent off to a safer place away from London’s bombing where they encounter warnings of frightening nighttime noises and disappearing children,  quickly come too close for comfort. Is someone at Rookskill castle, an ancient, crumbling manor on the misty Scottish highlands, harboring a Nazi spy? Why do people seem to mysteriously appear and disappear? This is the place where magic is real and nothing is what it seems to be. (grades 5+) 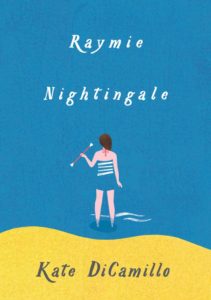 Ten year old Raymie Clarke, sort of a Beverley Cleary Ramona type of character, and her friends, buoyant Louisiana Elefante, and feisty Beverly Tapinski are growing up in a “wilted” small Florida town where the everyday is the same old, same old mundane thing until something happens. Disaster strikes. Raymie’s dad left the family and everything changes from there on out for her. The other friends have their own family troubles, too. Raymie hatches a plan to help them all and it’s a doozy. She decides to try to win the Little Miss Central Florida Tire competition which will not only make them all some money but draw attention to Raymie’s dad whom she thinks will see the photo in the newspaper and come right home. Raymie even takes baton twirling lessons for the contest!  Through all the ups and downs of real life, the friends do find their way in this endearing, heartfelt story. I’ve added to a, now, long list of DiCamillo favorites and I hope you do, too! (grades 4-7) 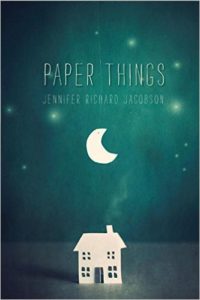 Paper Things, more of a middle school level book,  was one of four titles that received recognition through the 2016 Lupine Award, honoring living authors or illustrators who are residents of Maine or who have created a work prominently featuring Maine.

Everyone has a tale to tell and this engaging and poignant story is about 11-year-old Ari’s struggle to keep some sort of normal life while dealing with homelessness is amazing. You see her sifting through mailing catalogs and cutting out favorite photos of people and house things, to create a paper home for herself.  Deciding to live with her 19 year old brother, Gage, who, as we discover, is homeless, as well, heaps on even more difficulties. The tension is tight at times but kept me turning each page to find out what happens to Ari at school and in the neighborhoods. After you read this book, you’ll have an understanding as to what homeless people experience. I know I gained great respect for their struggles. (grades 4-8)