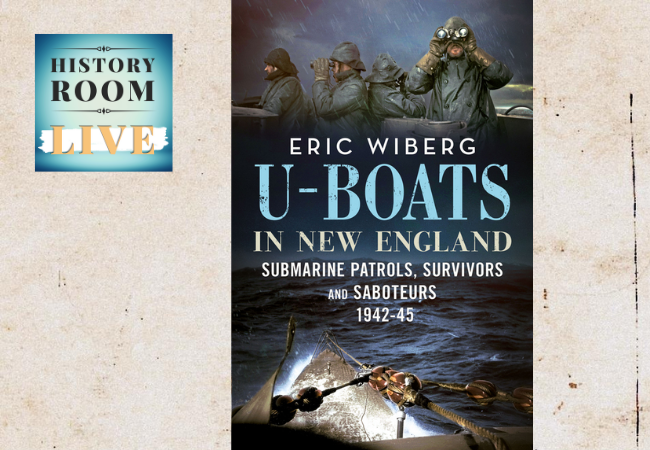 Join author and boat captain Eric Wiberg in a presentation on his book “U-Boats in New England.” Starting weeks after Hitler declared war on the United States in mid-December 1941 and lasting until the war with Germany was all but over, 73 German U-Boats sustainably attacked New England waters, from Montauk, New York to the tip of Nova Scotia at Cape Sable. Fifteen percent of these boats were sunk by Allied counter-attacks, five surrendered in the region, and three were sunk off New England—Block Island, Massachusetts Bay, and off Nantucket. The material covers actual WWII incidents, attacks on ships and fishing boats built and manned in Maine, and incursions into Portland to Rockland to Hancock Point to New Brunswick and the Bay of Fundy.

Presented in person and live on Zoom.  Registration required for Zoom only.

Register for This Event
+ Google Calendar+ Add to iCalendar