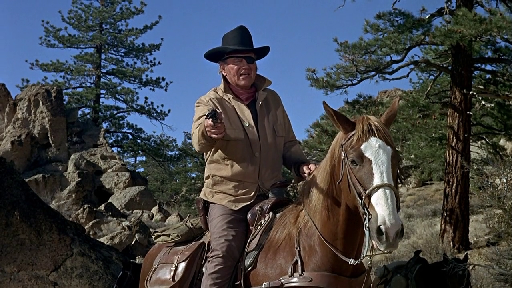 The murder of her father sends a teenage tomboy, Mattie Ross, (Kim Darby), on a mission of “justice,” which involves avenging her father’s death. She recruits a tough old marshal, “Rooster” Cogburn (John Wayne), because he has “grit”, and a reputation of getting the job done. The two are joined by a Texas Ranger, La Boeuf, (Glen Campbell), who is looking for the same man (Jeff Corey) for a separate murder in Texas. Their odyssey takes them from Fort Smith, Arkansas, deep into the Indian Territory (present day Oklahoma) to find their man. For his role as Rooster Cogburn, John Wayne won his only Academy Award.