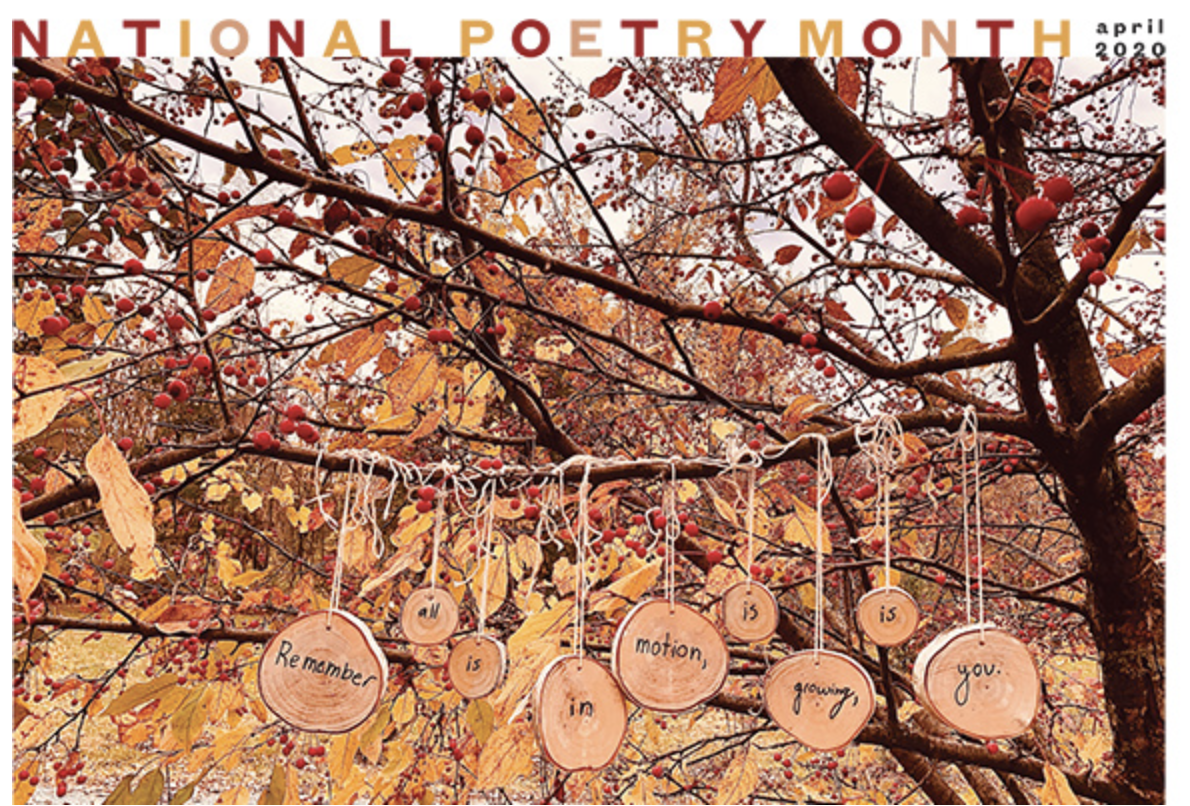 Sharing our favorite poems and poets is another way our to stay connected with each other and with you during the Library closure. We’re sharing the staff readings on social media, but here are links to the videos for those who don’t use Facebook or Instagram.  The readings will be available through next Friday, May 8.

April 17.  Amanda Walden reads “Smart” by Shel Silverstein from Where the Sidewalk Ends. Click here to view.  Published by Harper and Row. 1974.

April 22. Jill Piekut reads “One Train May Hide Another” by Kenneth Koch from One Train. Click here to view.  Published by Alfred A. Knopf. 1994.

April 24.  Shannon Bowring reads “Instructions on Not Giving Up” by Ada Limn.  Click here to view. First published in “Poem-A-Day” by the Academy of American Poets. 2017.

April 27.   Josephina Gasca reads “The Old Threads Are Unraveling” by Julia Myer.  Click here to view.  Her source for the poem is https://spiritual-awakening.co.za/2267-2/.

We’ll be adding them all month, so keep checking back here for the latest installments.