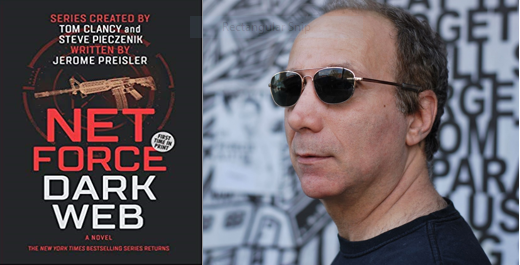 Released November 26, “Net Force” is a major relaunch of the long-running series created by Tom Clancy and Steve Pieczenik. Net Force is an of-the-moment, ripped-from-the-headlines techno-thriller that dives deep into the world of military tech, high-stakes hacking and cyber terrorism. Jerome Preisler is the author of the New York Times bestselling Tom Clancy’s Power Plays series and contributed to the nonfiction bestseller, Tom Clancy’s Airborne. Over his career, Preisler has had more than 30 books published, including five military histories, and has given talks on military topics at schools, museums, and Army bases around the country. He lives in Bath and in New York.